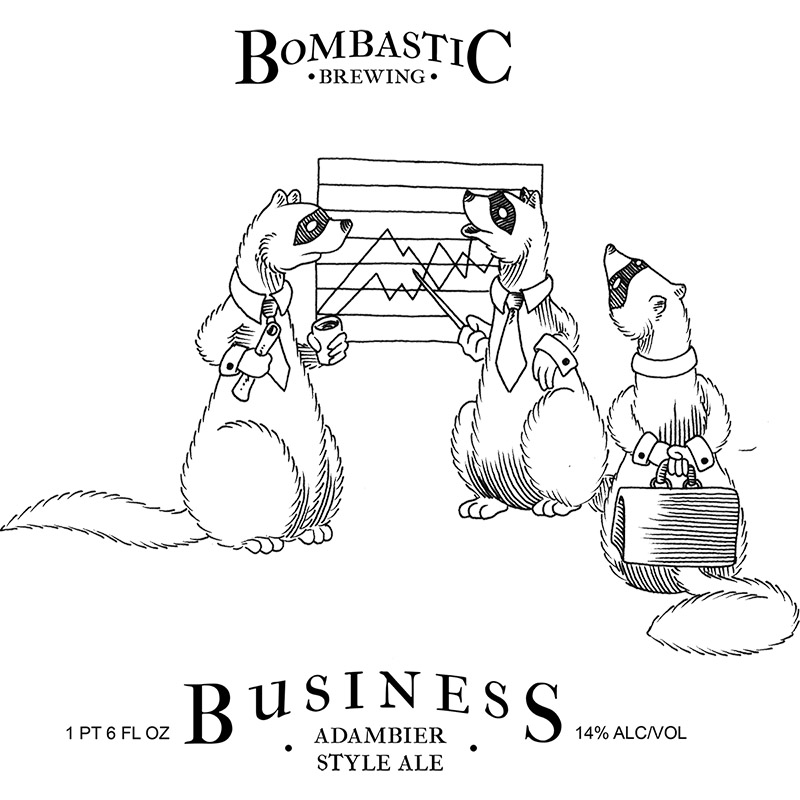 This beer is a Wonder of the World.  Bombastic Brewing pulled out all the stops to make this beer, featuring an incredible brewing process.

The Adambier style originated in Dortmund, Germany, and is said to have put the hard drinking King Frederick William IV of Prussia under the table.  It’s a malt forward beer, showing the complexities of the malt character.

In the brewing process, we boiled down the wort until it was a wort syrup, the paddle would slowly drip with the wort which became the consistency of maple syrup.  At this stage the wort was caramelized, which starts the maillard reaction.

This reaction is the same one that gives steak it’s sizzle.  This chemical reaction between amino acids and reducing sugars gives browned food its distinctive flavor, and makes this beer brandy like.

To do this we had to boil for 8 times longer than our standard boil.  This means it is an expensive beer to make, as it takes tremendous grain, labor and fuel compared to other beers.

Additionally we used a judicious amount of the traditional peat smoked malt to impart a subtle presence of smokiness.  This isn’t a full on smoke beer like a Rauchbier, it’s more of a subtle whiff of a fine scotch.

This beer is all about the malt, but we do add a nice hop spice to the beer as well.

Bombastic Brewing cans can be found in these locations.

Not seeing your favorite shop? Tell us about the best craft beer store here.
Contact us here if you're having any trouble finding Bombastic beer.

Future Releases by email.  Sign up here to get Bombastic beer.